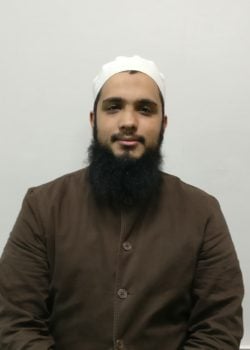 Shaykh Abdul-Rahim Reasat began his studies in Arabic Grammar and Morphology in 2005. After graduating with a degree in English and History he moved to Damascus in 2007 where, for 18 months, he studied with erudite scholars such as Shaykh Adnan Darwish, Shaykh Abdurrahman Arjan, Shaykh Hussain Darwish and Shaykh Muhammad Darwish.

In late 2008 he moved to Amman, Jordan, where he continued his studies for the next six years in Sacred Law (fiqh), legal theory (usul al-fiqh), theology, hadith methodology, hadith commentary, and Logic with teachers such as Dr. Ashraf Muneeb, Dr. Salah Abu’l-Hajj, Dr. Hamza al-Bakri, Shaykh Ahmad Hasanat, Dr. Mansur Abu Zina, and others. He was also given licences of mastery in the science of Qur’anic recital by Shakh Samir Jabir and Shaykh Yahya Qandil.

His true passion, however, arose in the presence of Shaykh Ali Hani, considered by many to be one of the foremost tafsir scholars of our time who provided him with the keys to the vast knowledge of the Quran. With Shaykh Ali, he was able to study an extensive curriculum of Qur’anic sciences, tafsir, Arabic grammar, and Arabic eloquence.

When he finally left Jordan for the UK in 2014, Shaykh Ali gave him his distinct blessing and still recommends students in the UK to seek out Shaykh Abdul-Rahim for Quranic studies. Since his return he has trained as a therapist and has helped a number of people overcome emotional and psychosomatic issues. He is a keen promoter of emotional and mental health.